RP • Freeform roleplaying taking place at Hogwarts and in the wizarding world. Stories in this forum must adhere to the canon setting and storyline of the Harry Potter series.
Forum rules:
You are posting in a Freeform Sandbox Forum!
Freeform Sandbox Overview • Sandbox Plotting • Posting Templates
For additional BBCode templates, click here.

#36406  by Kael
24 Feb 2020, 00:53
His heart thumped with a force that rocked his entire body, stronger with each step that Ksenia took towards him. Wylder was immersed in the moment. The worries of what may or may not be slipped by him. Nothing could pull his focus from the girl that stood before him, so close. A current ran through him, rebounding on itself repeatedly, its intensity accelerating with each pass as it searched for an outlet, trying so desperately to link itself to Ksenia's grasp. Wylder could not hold it back.

A hand grasped hers, as it had once before, now thumbing the exiled wound. Wylder's eyes cast a slow path from Ksenia's hand back to her eyes and his grip tightened slightly. 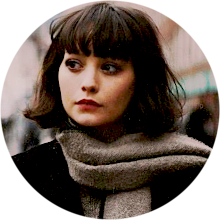 Streets and sounds of Chicago's nightfall seemed to be miles and miles away, so distant that they might have been back in the forest and she would scarcely tell the difference. It was all background, and in it, starkly, was its only subject—Wylder. Wylder as he looked at her. Wylder as he reached for her hand. Ksenia's heart tilted in her chest as he wrapped his own around it. His touch could not have been more than merely warm, but it felt scalding enough to leave behind a permanent mark that would linger long after he might let go.

At her grandparents' home, and in classes in Ordinary Studies at the Academy, they knew about how ordinaries powered their buildings with electricity which ran in currents. His running thumb on her skin felt like what she imagined wires might feel when electricity ran through them, if they could feel at all.

She heard the tremor in her own breath and wondered if he might hear it, too. Ksenia swallowed as he answered. She nodded, an acknowledgement and a reassurance all in one little jerk of her head.

She took another step forward till she was right before him. Her hand that was not held in his grasp raised, tentatively, but despite its patent hesitation, the path it charted did not waver before lilting lightly on Wylder's cheek. Her fingers ghosted along his scruffy jaw in a marking of her own.

The unknown did not seem so terrible if she had him with her.

#36447  by Kael
26 Feb 2020, 00:39
Wylder could hear her quake, he could see her nerves. He felt them, too. But his breath didn't seem to shake and his hands didn't seem to quiver. He was like a rock, save the throbbing pulse of his heartbeat. His jaw turned up at Ksenia's touch in some primal revelation of his vulnerability. As steady as he was, he felt very exposed.

Taking in another one of his long, cutting looks into the girl's image, Wylder wondered what was next. How much time did they have before Anatoly came bursting in, expecting the same old? How many arguments would ensue, simply at the sight of he and Ksenia's touch? How much time did Wylder really have with her?