[X-Files] PotterFiles : I Want To Believe

RP • Experiment with what would happen when your favorite Harry Potter characters and locations are mixed up with other settings and stories.
Forum rules:
You are posting in a Freeform Sandbox Forum!
Freeform Sandbox Overview • Sandbox Plotting • Posting Templates
For additional BBCode templates, click here.

[X-Files] PotterFiles : I Want To Believe

Tucked away in a self-made office on the lowest basement level of the Hoffmann Institute, past the shelves of archived files and evidence lockers, a scruffy headed auror was obsessed with his work. A plate of ginger biscuits and the coffee pot he stole from the break room sat on his very messy desk. Harry was determined to solve the case, telling himself that he wasn’t allowed to leave until he had a lead to chase.
" 'Harry Potter' gave me back self respect. Harry gave me a job to do that I loved more than anything else. "
J. K. Rowling

Re: [X-Files] PotterFiles : I Want To Believe 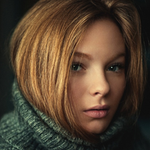 Natasha Porter ★ Special Agent, Werewolf, Hoffmann Institute
Tasha’s first day on the job wasn’t going great. She spilled coffee on her brand new suit, the machine in the Institute garage refused to let her in, she had to park five blocks down at a meter that ate some of her money before finally letting her put four hours in, and to top it off HR had screwed up a lot of the initial paperwork causing even more of a delay.

It wasn’t even Betsy in HR’s fault, but Tasha still growled (literally) at the poor girl and scared the living daylights out of her. Tasha was going to need to work on her temper now that there was apparently a very real chance that she could turn into a hairy hellbeast that could eat people.

And now? Her partner was apparently a wizard from the UK and her office was in the basement. The world got weirder every single day since the world at large started to find out about magic.

She stepped into the cramped office and looked around, rolling her eyes at the man hunched over his desk, back to the door. At least there was coffee.

“You Potter?” she announced, apparently letting that be her greeting.