Guests Welcome! • Have a question or need assistance? Post here, and a member of the Vault 713 staff team will assist you.
Topic locked

#35391  by Diego Devante
28 Jan 2020, 11:49
Hello! I've been thinking about a second character. Initially, I thought of Lockhart. I had this really engaging idea for him post-book 5, where he manages to escape St. Mungo's and is sheltered at the home of some fans and, blissfully ignorant of his own fraudulence, reads his own books and comes to think he was indeed a protector of the innocent, and eventually honed his skills to become both a worthwhile wizard and human being, not to mention a functioning member of society. (He retained some memories, but never fully recovered. The fact that he had precious few recollections from the time prior to his "accident" would not mean he could not produce new ones), but I think that would possibly go against your canon policy? If so, I have a second idea. Let me introduce you to two background characters from the HP universe. 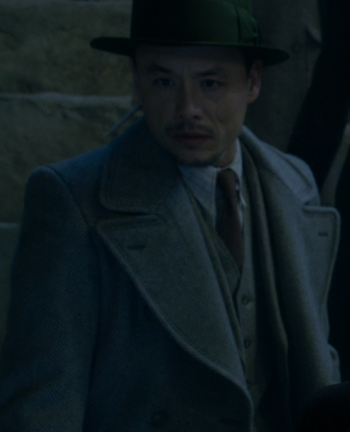 This wizard was portrayed by the Chinese-British actor Simon Wan appeared as one of the Aurors under the command of Theseus Scamander in Crimes of Grindelwald, and has since been identified as "Chang", the grandfather of Cho Chang in the Harry Potter books. 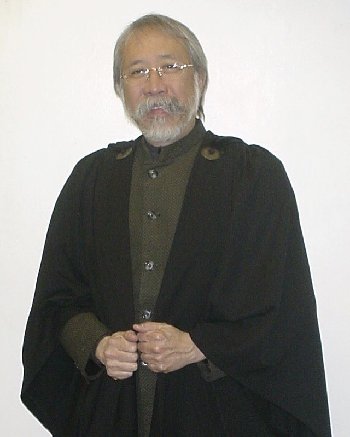 This wizard was portrayed by Chinese-British actor Albert Tang, and was an unidentified, nameless teacher at Hogwarts who appears briefly as he descends the stairs into the clock tower courtyard along with other Hogwarts defenders in Harry Potter and the Deathly Hallows: Part 2 just before McGonagall bewitches the stone statues, though he has been credited as a background character from the fourth to the eight movie. Any chance that I can merge the two? That Albert Tang is an older Simon Wan? That the young Auror Chang becomes, when in old age, a Hogwarts professor?

An interesting idea, but unfortunately we follow book canon and do not base any of our Canon lore on actors or second hand media. We expect individual canons to be played as that, individuals, and not as hybrids of one another.

As for Lockhart, we also expect for him to be played as JKR wrote him, and although his plot can be expanded upon through play, we don't encourage deviating from the lore already set out.

#35395  by Diego Devante
28 Jan 2020, 14:14
Well, obviously Gilderoy Lockhart would, of course, have to be portrayed in rp threads as he was depicted in the books and Pottermore, which covers a time frame starting at the 26th of January, 1964 and ending with his last canon appearance on the 25th of December, 1995, but I'm not sure how expanding his story after the trio and Ginny meet him in book five would be a "deviation"? Or did I misunderstand what you meant?

As Admin Vy said, Vault canon follows the book canon. As stated in our Character Creation Guide, canon characters must be played according to the lore laid out in the seven novels. We ask that nothing contradicts the lore that JKR laid out.

For example, I play Percy Weasley and while JKR does not say anything about what he gets up to between the Battle of Hogwarts and the epilogue, according to the lore and what we know about Percy, it wouldn't be realistic for me to have him go work at St Mungos since JKR established that his dream was to work at the Ministry. So I've compromised by putting him in a different Ministry department in Reformation until he can work his way up the ranks to the position he holds in Legacy Era as a department head.

I hope this gives you an idea of what options there are with canon characters!

-VK TyrellRose
Player Profile
This season, I've RP'ed with: ... you? Send me a pm or a discord message to plot!